Access to justice is not confined to the ability to receive timely and affordable legal advice, but must allow those seeking to rely on Her Majesty’s Court and Tribunals Service (HMCTS) the ability to do so without placing themselves in harm’s way. Otherwise, the risk may simply outweigh the reward.

Thankfully there exist mechanisms within Family Proceedings for parties’ to withhold their address from their opponent, whilst divulging this information to the Court. A simple one page form provides them with the comfort that, in pursuing what is in all likelihood a necessary and meritorious application, they will not need to disclose information about their current whereabouts.

It is not unusual for those fleeing abuse, persecution, forced marriage and female genital mutilation (to name but a few), to want to withhold their address from their perpetrator(s) and those who may otherwise wish to cause them harm. If it was a prerequisite to making an application in the Family Court that parties’ disclose their address, notwithstanding the many valid reasons for withholding this information, it would discourage huge swathes of vulnerable people from ever seeking help.

The number of unmarried couples in the England is estimated at 3,012,000 by the Office of National Statistics as of 2020. If the parties’ own property and a dispute arises, their remedy is likely to be under the Trusts of Land and Appointment of Trustees Act 1996 (TOLATA). In doing so, they would be required to apply in the Civil Court and would not be able to rely upon the warm embrace of the Family Court, if they wish to withhold their address.

They are instead bound by Civil Procedure Rule, Practice Direction 16.2.2 which is unequivocal in that the claim form and therefore the basis of their application “must include an address at which the claimant resides or carries on business. This paragraph applies even though the claimant’s address for service is the business address of [their] solicitor”.
PD 16.2.5 makes it clear the Court will retain the claim form after issue and that it will not be served until either (a) The Claimant supplies their address or (b) the Court dispenses with the requirement that they provide this information.

This puts those who seek an Order to define their share in the family home or an Order for Sale under TOLATA, in the unenviable position of deciding between their desire for justice and their desire to protect themselves from harm. A repugnant choice for anyone to have to make.

There is sanctuary however, in the form of a dispensation (CPR – Part 23) in which the Claimant can (as set out above) seek permission from the Court to include for instance a ‘care of address’. This involves a Claimant in effect making a ‘claim before the claim’, as they are required to apply to the Court to prevent publication of their personal information. In doing so, they are competing against the requirements for ‘open justice’.

A Claimant would then be required to put together an application (on a Form N244), pay a Court fee of £100 and provide a Witness Statement, complete with a Statement of Truth and (one must assume) exhibit evidence attesting to them having suffered domestic abuse, stalking and/or harassment. The costs of which could well be substantial.

A dispensation of course may not be granted by the Court in any event and the Claimant is then once again faced with the stark choice of either seeking justice or seeking to keep their whereabouts confidential, from someone who may be intent on causing them harm.

Even is a dispensation is granted, the scope of that dispensation is fundamental as the rules of Disclosure and Inspection of Documents (PD31) are far reaching. Without careful consideration a Claimant will soon find themselves making a claim to withhold inspection/disclosure of documents (PD 31.19), which could otherwise disclose their whereabouts and could (in a cruel twist of irony) include the very application made to Court to dispense with the need to include a residential/business address on the Claim Form.

Huge strides are being made in the protection of victims of domestic abuse and violence as they navigate their way through the Courts. The Domestic Abuse Act 2021, due to come into force during the 2021/2022 parliamentary session, goes a long way to addressing many of the shortcomings of the Court service, in adequately safeguarding victims of abuse. The Act includes special measures in civil proceedings for victims of domestic abuse (s.64), but more needs to be done.

It would appear that the fact that this has not been addressed in Parliament or the revisions/updates to the Civil Procedure Rules, is an oversight. It cannot be right that victims of abuse are put through this rigmarole, simply for the privilege of making an application to Court without fear of violent and abusive repercussions, which may inevitably follow if they are forced to disclose their address. This is even more offensive given the rise in domestic abuse and domestic homicides during the pandemic.

With the number of cohabiting couples on the rise and therefore an increasing reliance upon the Civil Courts to adjudicate in disputes, it is not hard to envisage that more people will be presented with the daunting choice of access to justice or the preservation of life. 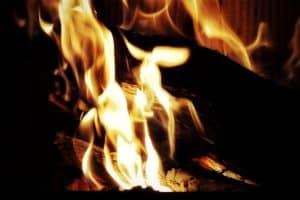