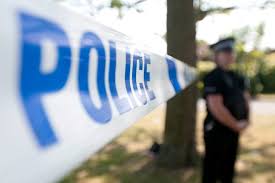 Super Complaint against the Police

This week I was watching a late night news programme and there was a feature about a super complaint which is to be issued by the Centre for Woman’s Justice.

The super complaint was being raised against the police for failure to take seriously victims complaints against police officers alleged to be perpetrators of domestic abuse.

This brings home to us that abusers are in every area of society and we should not expect police officers to be above suspicion.

More to the point we should not expect the prevalence of domestic abuse to be lower in the police sector just because they are police officers (upholders of the law). There could be an argument that it might even be higher because of the stressful jobs our police do. Work stress has been identified as a factor is domestic abuse cases.

From our experience of helping victims from the wider population, the reported figure of 700 women reporting abuse by police staff over the past 3 years seems low to me when you consider the police employs 123,000 people.

As in many sectors of society domestic abuse is hushed up because of religious beliefs or peer pressure but in the police force the likelihood of supressing accusations could be higher because being accused of domestic abuse might cost the accused their job.

The victims of domestic abuse by police officers need exactly the same support as any other victim needs but perhaps the police federation should consider a special helpline for police victims.

I cannot imagine the torment a victim of police domestic abuse must be going through: they are being abused by the person everyone respects because they protect the vulnerable in our society, how does the victim even start to deal with that.

I searched in Google “Domestic abuse helpline for police victims” the result – nothing came up whatsoever.