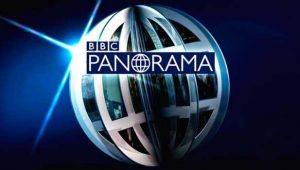 I watched with interest the Panorama documentary last night that revealed the growing number of office blocks being converted to house vulnerable people. We were involved with the research for this programme. It is quite apparent that as a concept the idea is good but the failure was in the management of the occupants.

Drug dealers, violent parolees, people with mental health problems, vulnerable people and victims of domestic abuse are being mixed together in these temporary accommodation units whilst they wait for a permanent solution.

The program showed the stressful environment that the vulnerable were having to contend with and especially close to my thoughts are the victims of abuse who had escaped their nightmare only to be placed in a living hell.

The company involved with the creation of this accommodation were providing a solution to a housing problem and the council had nowhere else to put the most vulnerable people in our society. I cannot blame either side but the lack of support for any of the occupants clearly rests on both.

It all comes down to supply and demand. Panorama showed that the cost to Harlow Council for a room is £750 per month but to rent a 1 bed flat in Harlow is about £400 however there aren’t any or none that private landlords want to rent to the council.

How do you decide who gets to go in temporary accommodation, you can’t say no drug addicts and no parolees because where would they go. Better to be in a converted office than on the streets.

Perhaps if the facility had support and care workers on site rather than just security officers they could manage the occupants and provide them with the support needed to create a calm environment – but that costs money.

If we don’t invest in our communities to provide decent accommodation, support and care the next unthinkable step is segregation and institutionalization!