A blog from our CEO, Mark Groves

The Vicious Circle that Policy Makers Need to Escape

On the 30th October 2019 I was invited to the London Assembly by the PCC to discuss how the Mayor has performed with regards to services across London to domestic abuse victims.

It was attended by about 30 organisations. And, as each one started to tell their story, it was clear that every one, large or small, was struggling to maintain services for lack of funding.

Some hadn’t applied to government because the process is too difficult, some were unhappy that government funding went mostly to larger organisations, while others were funded by the Lottery.

Maintaining their service has been made more difficult because many more victims are seeking help and, in one example, funding had been cut by 50% whereas 100% more victims were helped.

Smaller organisations and in particular an organisation representing Black and Caribbean victims were desperate; receiving nothing from the government and surviving, it seems, only on passion.

The scale of this sector is huge, the spiral of abuse related issues unending, and every organization has their unique take on it.  At NCDV we deal with a victim for a couple of hours enabling us to help thousands of people every month but the resource needed by other support agencies is many times this. Every victim can need days of a support worker’s time and, although there are many who want to help, there is a tiny pot of money to remunerate them.

Relying on unpaid volunteers is not only not working, it is unjust

It cannot be right for this sector to rely on unpaid volunteers who have to make themselves available around the clock. The founders and CEOs of these organisations not only give up their lives to help, they also put themselves at risk because they know the personal cost of being a victim.

Many were once on the receiving end but managed to escape with the help of support workers and they in turn give back to society by helping others.

At the London Assembly meeting there was much talk of how to stop domestic abuse.

I think that is only possible by going right back to the roots of the problem, creating an awareness where domestic abuse doesn’t exist. Stopping abuse must start by educating our children. But this is a long-term plan and politicians think short term. To make domestic abuse completely unacceptable within society will take a generation at least and no government is going to commit funding for such a long period of time.

So are we destined to be plagued by domestic abuse for ever?  Yes: until someone decides that the £66 billion a year problem (ONS stats) should be tackled by putting proper money into education. Parents and teachers should be encouraged to talk to children about domestic abuse and children should understand it is wrong for parents to fight.

In the meantime, we need to support the victims we already know about.

Every support agency is reporting an increase in the number of people they help. That’s not because there are more victims it’s because these agencies and government have done a great job of creating awareness. It is irresponsible to do that without a reciprocal increase in the funding to support victim services.

Victims are becoming disillusioned; on the one hand, they are told to report domestic abuse, on the other, they learn there is no one to support them. The rise in awareness must be matched in a rise of funding.

I have learnt that there are no refuges for men in London. They leave an abusive relationship with a child and end up on a sofa. That’s ok for a night or two but they need to provide a stable home, take back control of their lives and to start over. That is a huge challenge without a place to live. Why not use some of the empty office blocks ripe for conversion to give men the chance to provide a stable home and contribute to society?

Most victims remain women and it is more difficult for a woman to leave than a man but it’s just as important to allow them to start again. Refuges across the country are at capacity: why has this happened? Has no one joined the dots that if you create more awareness then more refuges will be needed. Policy makers should consult in trying to work out the total number of refuges we need.

Our overstretched police keep having extra services piled onto them by vote-seeking politicians who will not give the police the means to meet the new demand they have just created. In my view, local politicians should be helping local organisations, not creating grand Domestic Abuse Bills that get stuck in parliament, which, when enacted, will put even more pressure on the police and domestic abuse organisations.

Did I learn much that was new at the London Assembly?  Perhaps not.  But it did convince me that some 360 degree thinking  was required if we are to get effective, fully funded policy.  Perhaps Sadiq Khan can think about that: and above all take some effective action. 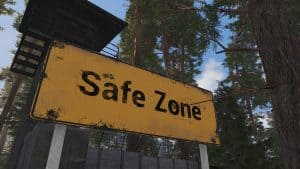 A safe zone in your own home 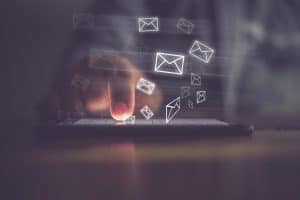 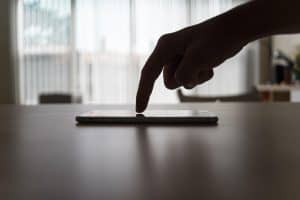 A safe zone in your own home

Any cookies that may not be particularly necessary for the website to function and is used specifically to collect user personal data via analytics, ads, other embedded contents are termed as non-necessary cookies. It is mandatory to procure user consent prior to running these cookies on your website.